Gold bugs believe that there will be a voluntary return to the use of gold by the general public. The computerized technology now exists to create private money systems based on gold — digital gold. There can be 100% reserve banking. As time passes by, the public will begin to use “gold cards” — debit cards in gold as the one that DENARO will offer — to conduct their common economic affairs. It will probably take a breakdown of the present debt-based monetary system to persuade the average Joe to make the switch. The problem is, such a breakdown could involve the destruction of the entire credit system and therefore the exchange system, i.e., a vast contraction of the economy, which would drastically shrink the division of labor and with it, specialization of production. This would involve gridlock: Bank A could not settle accounts with Bank B until Banks C and D settled with Bank A. Greenspan called this disaster “cascading cross defaults.”

Perhaps a major country, such as China, will restore currency convertibility into gold. This would surely make China’s currency the world’s new reserve currency. But it would place people at risk, since the government could suspend convertibility at any time. This is what governments invariably do when gold runs begin. We don't expect a return to a gold coin standard any time soon, but we do expect it eventually. The free market can offer a better product than any government can. This is as true of money as it is of any other mass-produced product. The money of preference historically has been a commodity, and gold has been the favored commodity for large transactions. Silver and copper are in second and third place, respectively.

Anyone who says that gold is just another commodity is ignorant of the history of money.

Bank Of England Urged To Hand Over Venezuela's Gold To Guaidó

Just hours after The Bank of England refused to hand over $1.2 billion of Venezuela's gold from its custody vaults (stored there after the completion of a gold-swap transcation with Deutsche Bank) to President Maduro (after heavy lobbying from US officials), The Guardian reports that a UK foreign office minister is now urging the same Bank of England to transfer the bullion to the self-proclaimed interim leader Juan Guaidó. 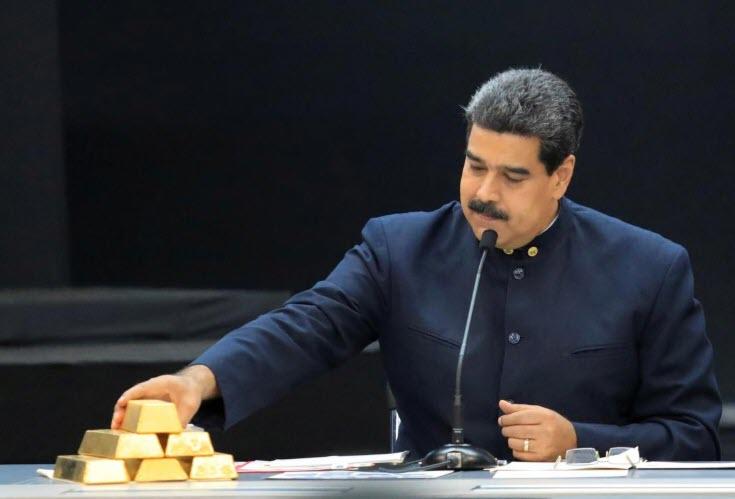 In a statement to British MPs, Sir Alan Duncan said the decision was a matter for the Bank and its governor, Mark Carney, and not the government. But he added:

“It is they who have to make a decision on this, but no doubt when they do so they will take into account there are now a large number of countries across the world questioning the legitimacy of Nicolás Maduro and recognising that of Juan Guaidó.”

Guaidó has already written to Theresa May asking for the funds to be sent to him.

The former chair of the foreign affairs select committee Crispin Blunt said the current Venezuelan central bank president was not legitimate, since he had not been appointed by the country’s national assembly.

Blunt has sent letters to the foreign secretary, Jeremy Hunt, and to the chancellor, Philip Hammond, urging a decision.

Notably, the reason the BoE initially gave for its initial refusal to release was due to its insistence that standard measures to prevent money-laundering be taken - "including clarification of the Venezuelan government’s intentions for the gold."

“There are concerns that Mr. Maduro may seize the gold, which is owned by the state, and sell it for personal gain,” the newspaper said.

Separately, as we reported previously an official told Reuters that the repatriation plan has been held up for nearly two months due to difficulty in obtaining insurance for the shipment, needed to move a large gold cargo:

“They are still trying to find insurance coverage, because the costs are high,” an official told Reuters.

All of which appears to have suddenly been swept under the carpet now Guaidó has been installed. 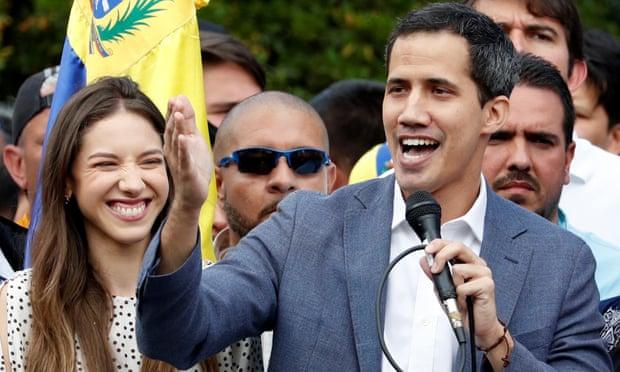 Duncan said Hunt would be discussing the next steps in the European Union’s efforts to support Guaidó in Bucharest on Thursday.

However, it's not a done deal yet as  shadow foreign secretary, Emily Thornberry, cautioned against a rush to oust Maduro:

“Judging by its record in recent years, the Maduro government fits none of those descriptions, but I would also believe that it is a mistake in situations like this simply to think that changing the leader will automatically solve every problem, let alone the kind of US-led intervention being threatened by Donald Trump and [the US national security adviser] John Bolton.”

Nevertheless, with much of the Western world now backing Guaidó in his coup, it seems the gold bullion will be winging its way to The Assembly's coffers very soon.

Disclaimer
This article does not constitute investment advice and is not a solicitation for investment. DENARO does not render general or specific investment advice and the information on this article should not be considered a recommendation to buy or sell gold or precious metals. Each reader is encouraged to consult with his or her individual financial professional and any action a reader takes as a result of information presented here is his or her own responsibility.